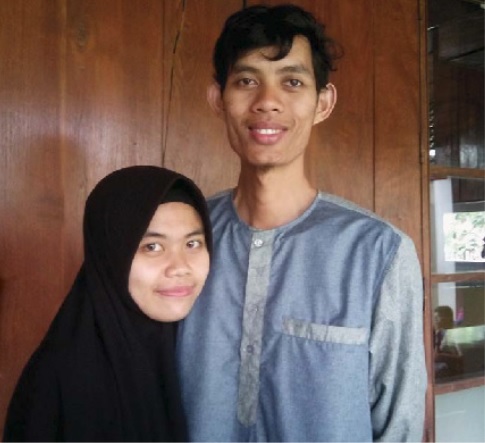 Learned, married at a young age and started a business. All three describe the life of Al Isklamabad today. However, Al lived in extraordinary conditions, believing that he was deaf been suffering from the age of 12.

A rice mill has damaged his eardrum. It was difficult for Al who lived not far from the rice mill to avoid the noise of the engine. However, Al accepted the trial sincerely. His life spirit did not fade. Likewise with hope in achieving education. Born in a farmer’s family with all the limitations, making Al not afraid to study until Higher Education

Despite the difficulty in attending lecture material, especially practice, Al continued to be enthusiastic in completing his studies, which were only a year away from Information Engineering at Widyatama University, Bandung. The man born in Tasikmalaya, April 17, 20 years ago was also eager to run a business with his wife, Nurul Afifah. Nurul, who was married by Al in May 2017, is currently pioneering souvenir paintings on cutting boards since a year ago. Her potential painting litter since elementary and junior high school. After watching a drawing program on television. Nurul spent her free time coloring until she finally drew by herself.

During junior high school, he won the national student art competition as in 2011 won rank II in Makassar and ranked II in 2012 on Lombok. He was sent after becoming a champion at the West Java level. “So far, there are many paintings on the canvas, maybe people are bored.” Said Al accompanied by Nurul at the Masjid Salman in ITB Campus. Friday (9/2). The souvenirs of the painting were produced at Nurul’s parents’ house in Cimahi. 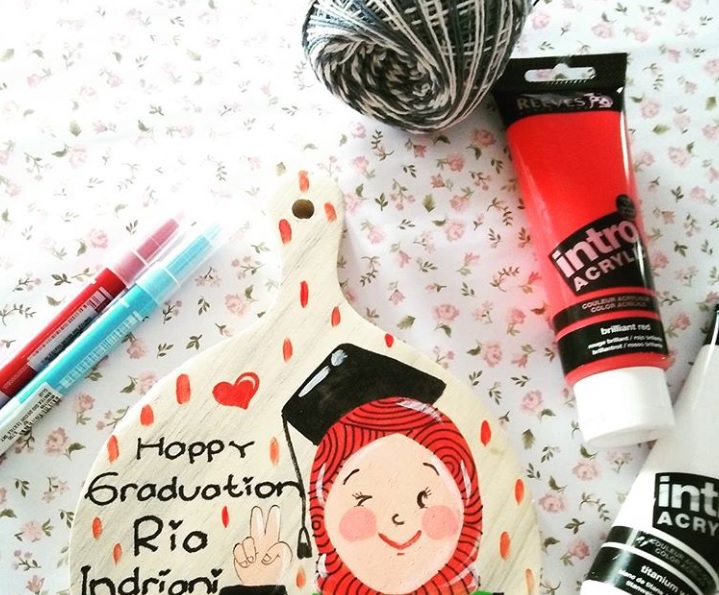 Initially Nurul only dared to combine black and paintings in his paintings. But the boredom of consumers drives the innovation to color. Al, who once ran a clothing screen printing business, also helped Nurul choose quality and inexpensive painting materials, now the painting on the cutting board no longer faded as before.

“Now it’s starting to sell, there can be 40 requests a month even though it’s not certain. But the benefits are still used to cover many needs, including for the costs of in-laws who are sick, “Al said. Nurul also began to paint anti-faded canvas tote bag bags to increase income.

Although it has not been truly solid, Al and Nurul’s business is seen in an international scale event titled Japri “Become an Independent Entrepreneur”. In Japri held by USAID and the MRUF (Sandiaga Uno family foundation) at the JICA building in the UPI Bandung campus recently, Al was one of three selected entrepreneurs selected from 90 entrepreneurs.

Even though it hasn’t made a glorious achievement, it seems that ordering Al and Nurul souvenirs can be a matter of pride. “We make it for Sandiaga Uno and Darwis Triadi (Professional Photographers). The American Ambassador to Indonesia Joseph R Donovan has also been. John Travolta has also been, but ordered someone else. “Said Al. 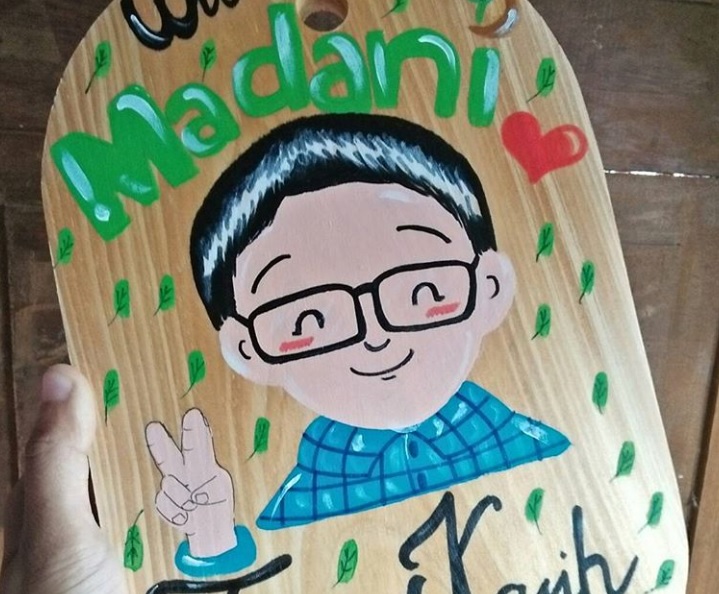 Ordering detailed images such as face photos, done by Al about a day. Meanwhile, cartoon images were done by Nurul with a shorter time. 2-3 hours.

Souvenirs are priced at affordable prices starting at Rp. 50,000 – Rp. 70,000 depending on the size of the cutting board and the number of objects. Reservations can be easily ordered through Al and Nurul’s private instagram. Through the Japri event, Al has been studying financial management, which since he started his business with his system, he did not understand at all. Doing business while studying sometimes makes him tired, especially if the lecture is finished in the afternoon. Al also teaches religion at the Difabel Creative Center in Gegerkalong. After studying, Al wanted to realize his dream of becoming a religious teacher for deaf children. But open to formal teachers, but boarding schools. Al was so optimistic about his wishes. To his friends who are in the same boat with him. Al reminded him to remain confident. “Let’s recite QS Al Insyirah. That with difficulties there is ease.” He said.