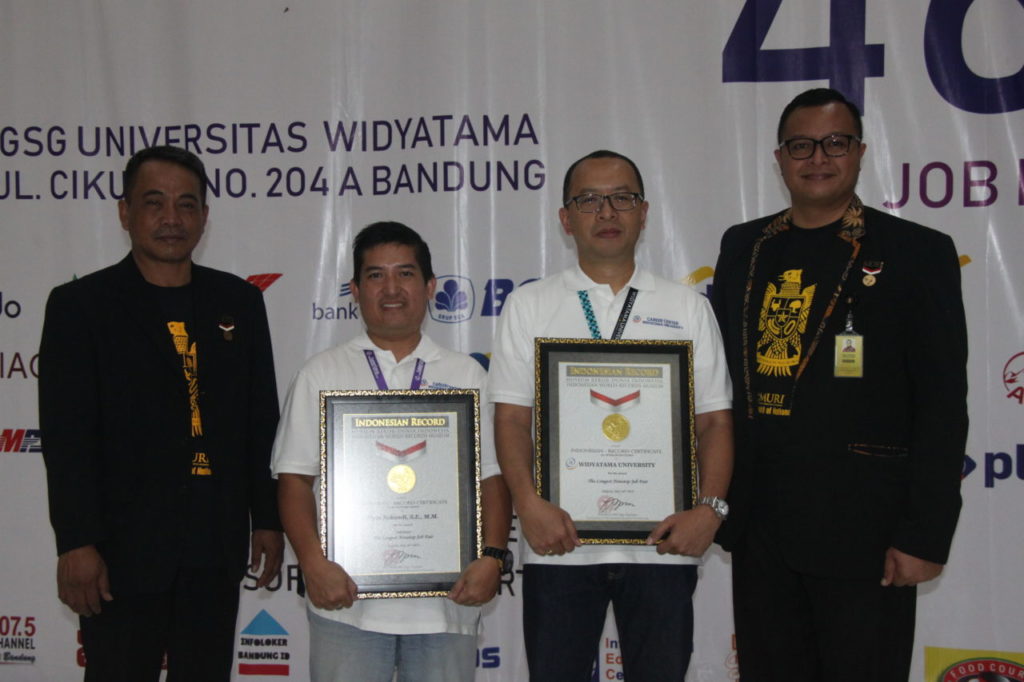 Widyatama University succeeded in breaking the MURI record (Indonesian Record Museum) as an institution that conducted the longest Nonstop Career Day for 46 Hours. The Career Day activity was held from Wednesday 24 July 2019 starting at 6:00 p.m. until Friday 26 July 2019 at 4:00 p.m.

The achievement of the MURI record was immediately handed over by MURI Senior Manager, Awan Rahargo, to the secretary of the Widyatama Foundation, Roeshartono Roespinoedji, accompanied by Widyatama Chancellor, Islahuzzaman. 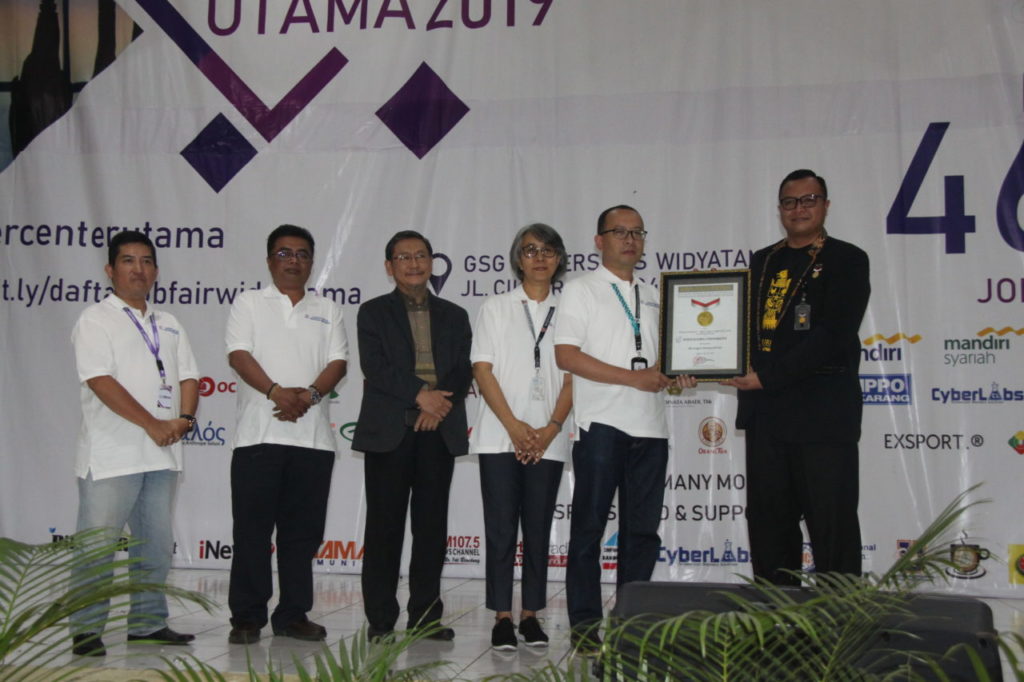 “Certainly the success of gaining recognition for the MURI record is something to be proud of, but the more essential thing of Job fair is to open access for students or the Bandung people who are currently looking for job,” he said.

Regarding the enthusiasm of the job fair participants, Roeshartono said, the enthusiastic was extraordinary, there were around 7500 visitors with around 9500 applicants.

“This event is routinely conducted every year by cooperating with 46 companies from various industries. One of the favorite company stand that is visited by many participants is the Banking stands, “he said. 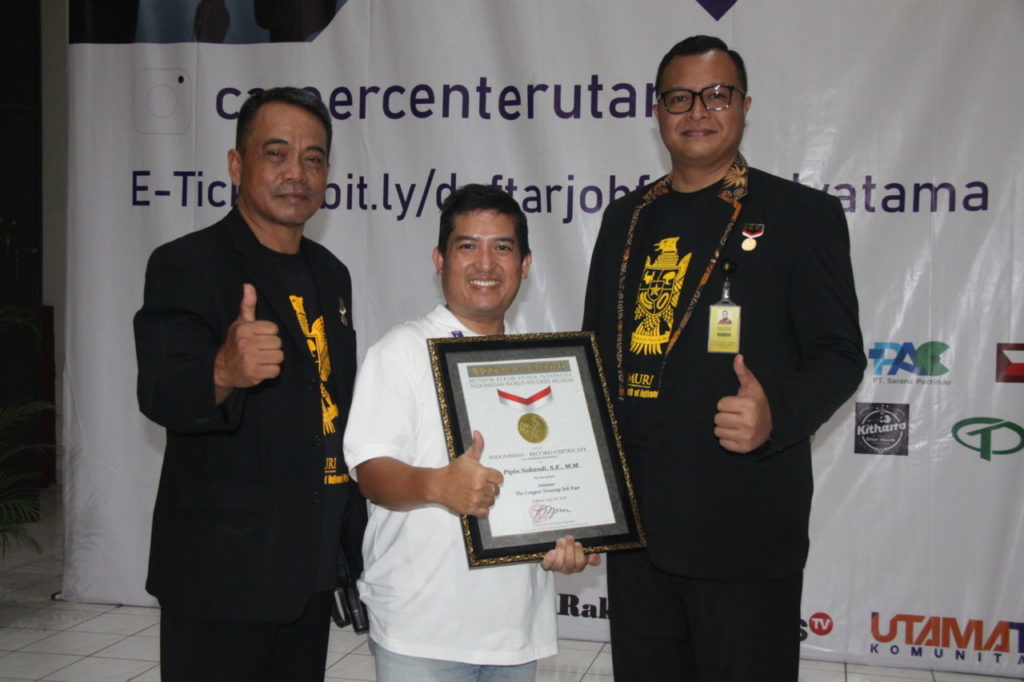 Meanwhile, MURI Senior Manager, Awan Rahargo, said that his people had verified and recorded an appreciation from an event with the MURI criteria as the “most”.

“In this case, in the implementation of the UTama Career Day as the longest Job Fair in Indonesia, indeed this is the first time held by Higher Education institutions in the longest running nonstop Job Fair, and on this day the first record for 46 hours non-stop in jobs fair. Therefore, with pride and respect where previously also recorded a MURI record too,” he concluded.

This achievement is the fourth record received by Widyatama University after previously receiving the record for the longest fence book with a total of 50,000 books over 500 meters in 2010, the longest 39-hour non-stop seminar in 2012 and the most information technology author by Widyatama Engineering Faculty lecturer Feri Sulianta, ST, MT in 2016.