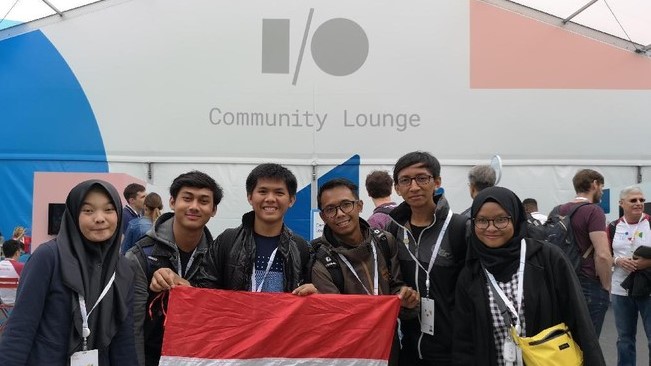 Being able to join to Google I/O is a dream for developers in all over the world because there is a lot of knowledge that can be drawn. This kind of opportunity was welcomed enthusiastically by these three Indonesian student developers.

The three Indonesian student developers were met at 20.detik.com on the sidelines of Google I / O 2019 at Shoreline Amphitheater, Mountain View, United States. They can be present directly on Google’s big event by the involvement in the Developers Student School (DSC) program initiated by Google Developers. 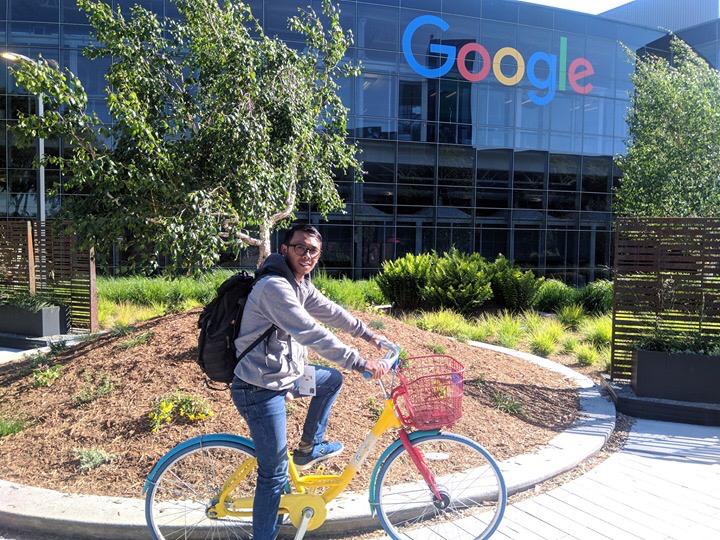 For information, this DSC is a community program to help students build skills in the IT world, such as website development, Mobile Apps, Cloud, Machine Learning, and much more. Long story short, Google helps students develop themselves, and can solve problems with technology.

The three Indonesian developers who had the opportunity to attend the Google I / O 2019 were Naufal Prakoso DSC Lead Binus University, Deni Rohimat DSC Widyatama University, and Muhammad Isfhani Ghiath DSC Lead Integrated STT Nurul Fikri. This is the first time the three have flown to the United States.

“We have an weekly and monthly agenda in conducting seminars to share with friends on campus, both about Android, Web Design, and exploration regarding Google’s modern technology. Basically, what is learned at the university is different, there is a gap between it. So, DSC is here to help friends about current technology, “said Isfhani. 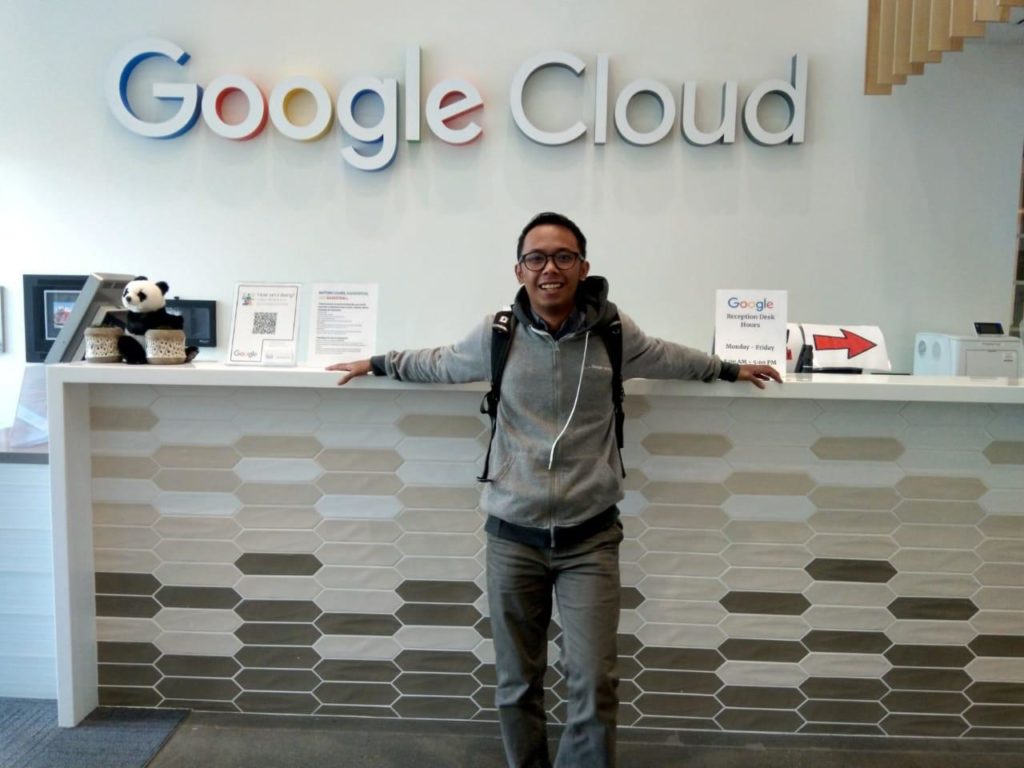 In Indonesia, Isfhani said, there were 60 DSC leads from 24 cities in the country. Not all of them go to Google I / O, because Google only chooses based on their contribution on each campus.

“It depends on what contribution we have made so far. This DSC has been for a period, we have made many contributions such as holding agendas, sharing, making hackathons, workshops, code labs on each campus. So, the indicator that allows us to fly to the United States to attend Google I / O 2019 represents DSC leads in Indonesia, “said Isfhani.

Google I / O, which they usually see through live streaming, is now right in front of their eyes. Being able to absorb knowledge instantly no doubt makes them very happy. 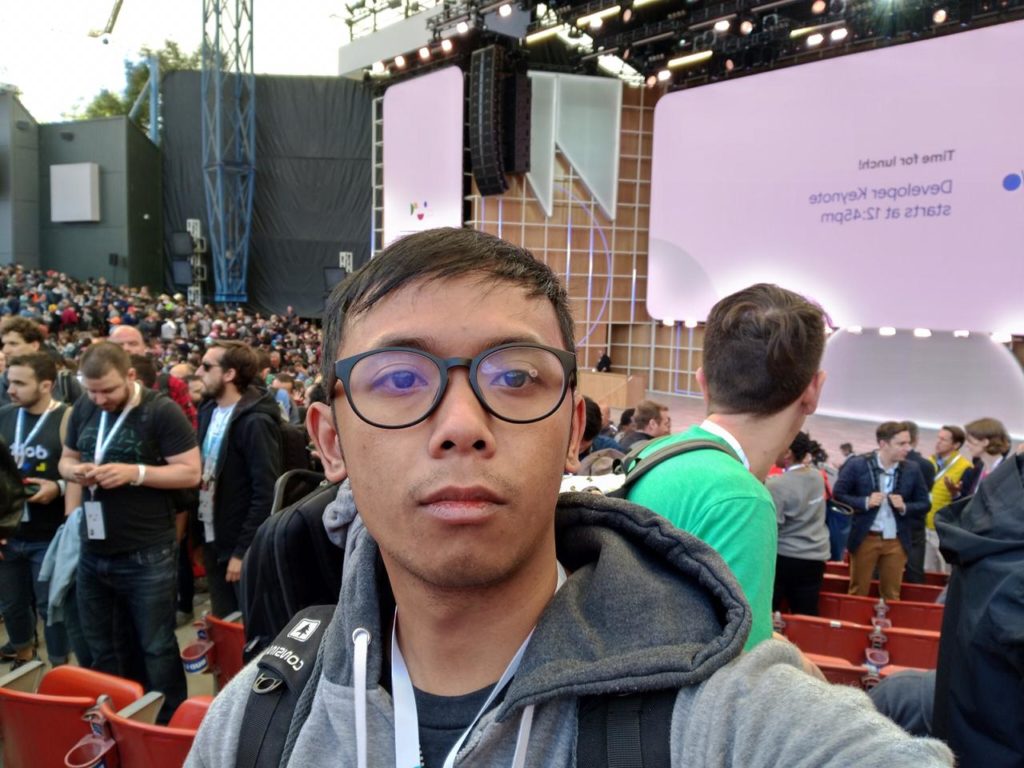 “This is one of the biggest events in the world. This is one of my dreams from the past. “I used to watch live streaming, now I watched directly,” said Naufal.

“From 2012 I always watched Google I / O, now I don’t really expect to be here. It’s really nice, it can’t be revealed anymore, “Deni said.

“This is very extraordinary, what we learn here, we are looking forward to bringing it back to Indonesia, sharing with other friends about what has been learned so far,” said Isfhani.

This opportunity was not wasted by the three RI developers. For example, Naufal tried the Sandbox containing the latest technology that was born by Google and could try it directly. While Isfhani was interested in trying out Stadia, which was recently introduced by Google. 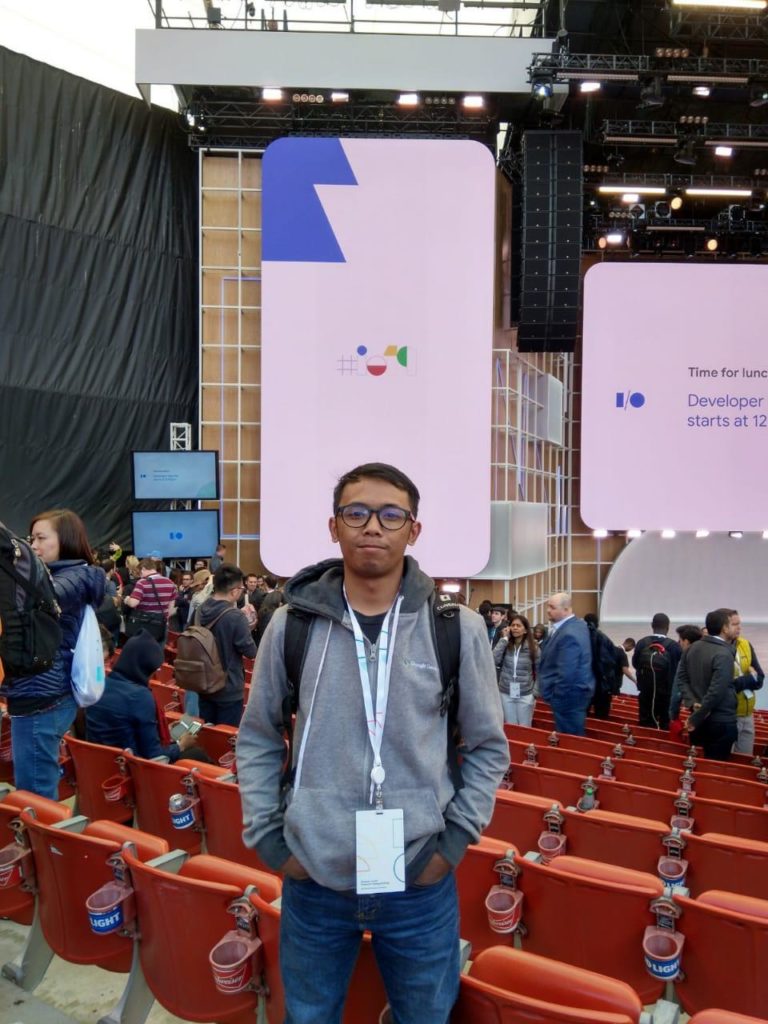 The valuable experience of three days was held by Google / O 2019, and at the same time visited the headquarters of the technology company, they did not want to waste it. These three Indonesian developers are committed to sharing knowledge upon arrival in the country.

“From what we get we will share with other developer’s friends on each campus. The technology here is definitely in line with Indonesia, because Indonesia is one of its characteristics as a mobile first, so there are many technologies that can be explored, “said Naufal.

“Back to Indonesia, to each city. I am in Bandung, will be holding a Google I / O recap event. What is certain is that in the next month there will be an event, it is very useful for the local developers, because some of us come directly there (Google I / O), how great is it here, “said Deni.