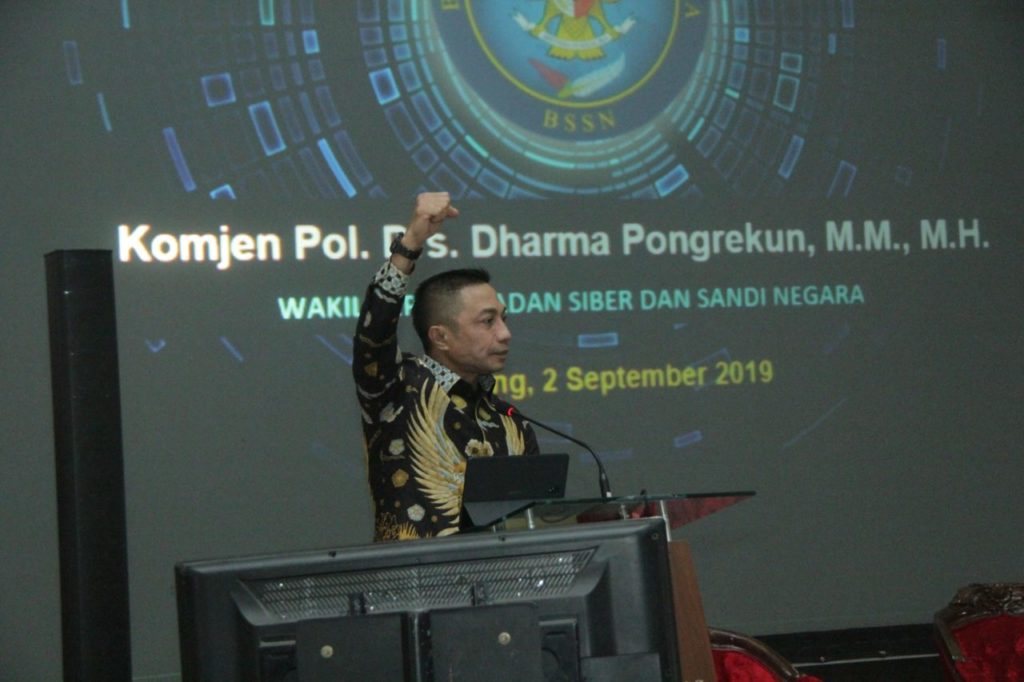 Deputy Head of the National Siber and Sandi (BSSN) Commissioner, General Commissioner Drs. Dharma Pongrekun, M.M., M.H. attended as the speaker on Monday, September 2nd, 2019 on conveying a public lecture by the theme “Ethics on using Social Media”. He reminded the importance of using social media positively, especially among students who are the next generation successor in this country.

The current era of globalization in the world is happening, one of which is marked by the development of social media, the application of sophisticated technology that causes the use of social media is currently quite high. For example, Facebook reached 1 million people and Twitter reached 87,500 people. Social media users must respect the others, utilize social media wisely and are based on spiritual intelligence, and also understand and apply the Pancasila figure in the concept of thinking and behaving, which is the implementation of Nuswantara (Creatures who are towards their nature). 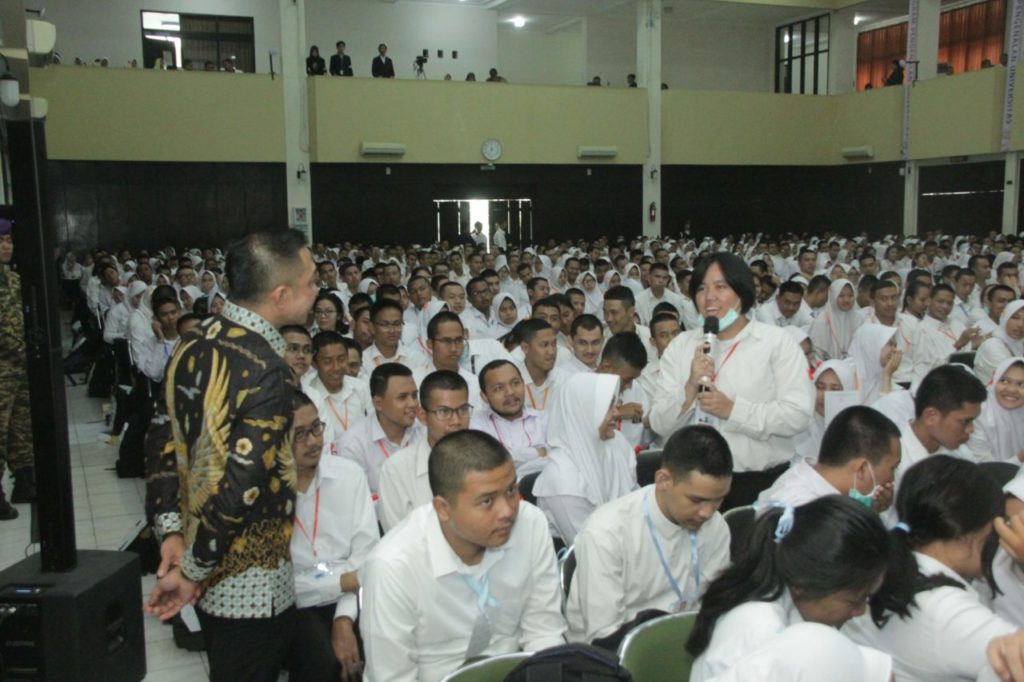 The excessive use of gadgets will have a negative impact, because the Gedget itself emits high electromagnetic Hipno waves which will be dangerous if it used continuously, because it will damage the structure of DNA in human cells, the body’s cells will be stressed and the body will produce the hormone cortisol (toxic), thus affecting his behavior at the same time will disrupt the harmony of organs in the body.

He conveyed that the generation of superior seeds are those who have superior ethics and behavior. Including having a superior way of thinking. But all of that must be trained with various kindness and obedience to God.