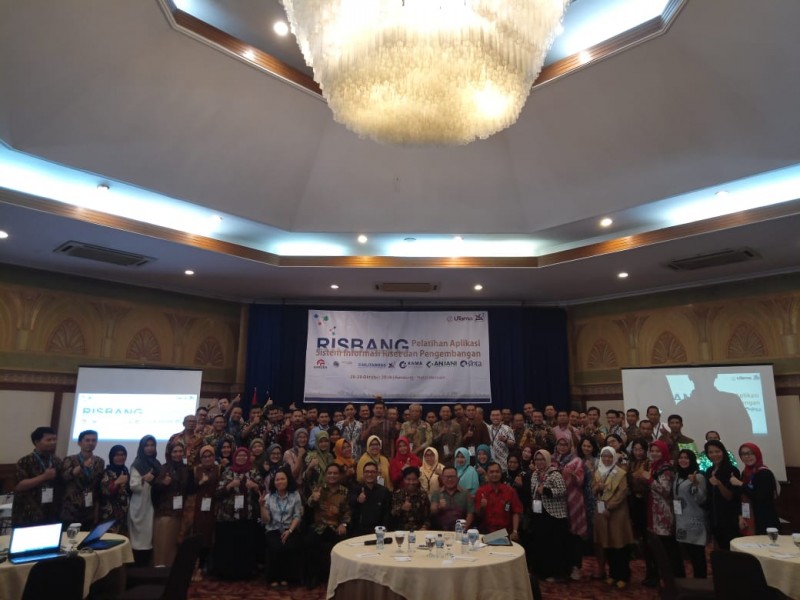 Widyatama University was selected by Kemenristekdikti as the organizer of the Research and Development Information System Training. Widyatama became the first private university that is appointed to conduct this activity. “So far, the private sector has never received this part. Only Widyatama is trusted, “said Rector of Widyatama University, Obsatar Sinaga at the Horizon Hotel, Bandung, Monday (10/28/2019). He mentioned the reason Widyatama was chosen by the Ministry of Research, Technology and Higher Education because his achievements were quite prominent recently, one of which was in the field of international journal publications. “LLDIKTI sees me as the Chancellor of Widyatama University who has a good correspondence with the Chief Editor in Europe and America.”

“Regularly, if we use our recommendations, we will publish them,” he said. He also stated that the achievement was proven by 425 international journal articles that had been published during 2018. Therefore, Widyatama’s ranking appeared to the 95th position which was 225. “They (Kemenristekdikti) offered us in December to provide coaching about it. “Now there are 80 universities which will collaborate and write with lecturers from Widyatama,” he explained.

Obsatar explained that the training aimed at integrating the information system used by Kemenristekdikti. The goal is to improve lecturers’ performance including functional positions. “Many universities or colleges do not understand how to use the application. Now we practice directly here. The target is the lecturer, “he explained. Meanwhile, the Head of LLDIKTI, Uman Suherman said that through current technological developments, the exchange of information among lecturers can be faster by utilizing online media. He continued, the use of information system applications is believed to be important. So as to be able to collaborate and share among fellow universities. “In order for collaboration and sharing to occur between universities, it is related to the strength and capacity of science, especially in terms of research,” he said.

He added that this system became something important. This integrated system went easier for people to access it and share it with others in a relatively fast time. “This system has become a necessity, scientific capacity in terms of research. Whatever the system is carried out in an integrated way, it allows people to not only access but also share with people with time,” he concluded