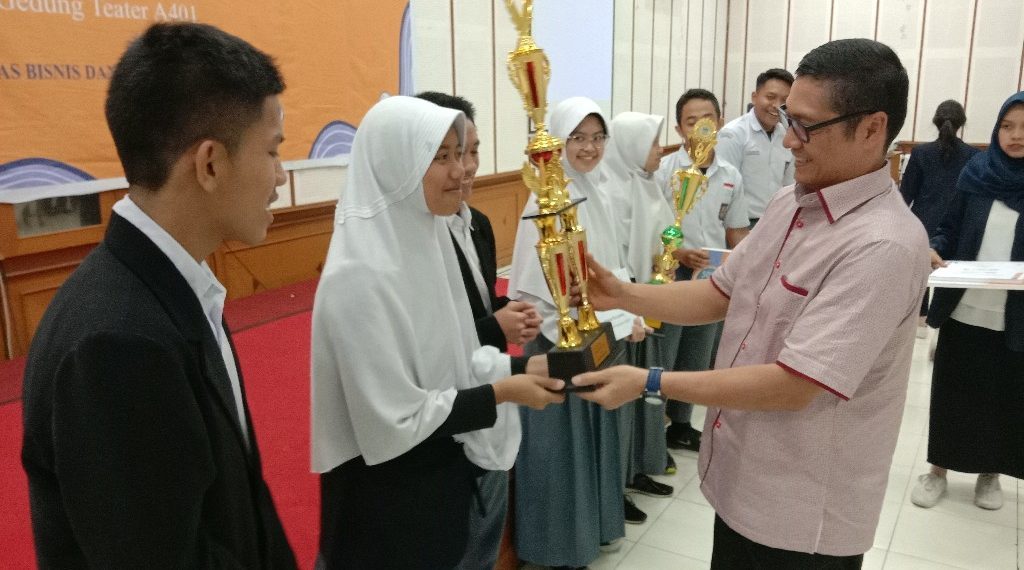 Startup (starting an organization / business venture) now continues to be echoed to the Millennial generation in the country, as an effort to launch to many young entrepreneurs.

This is purposed to support Indonesia to become a more developed country with many young entrepreneurs being born, as a support for development.

It needs to be known to be a developed country, it requires a minimum of two percent entrepreneurship from the existing population.

From the records obtained by majalahsora.com, in 2013 entrepreneurship in Indonesia only reached 1.63 percent.

This is a competition to develop business ideas. On Monday, December 16, 2019 at the Widyatama University 4th Floor Seminar Room, Jalan Cikutra No 204-A. 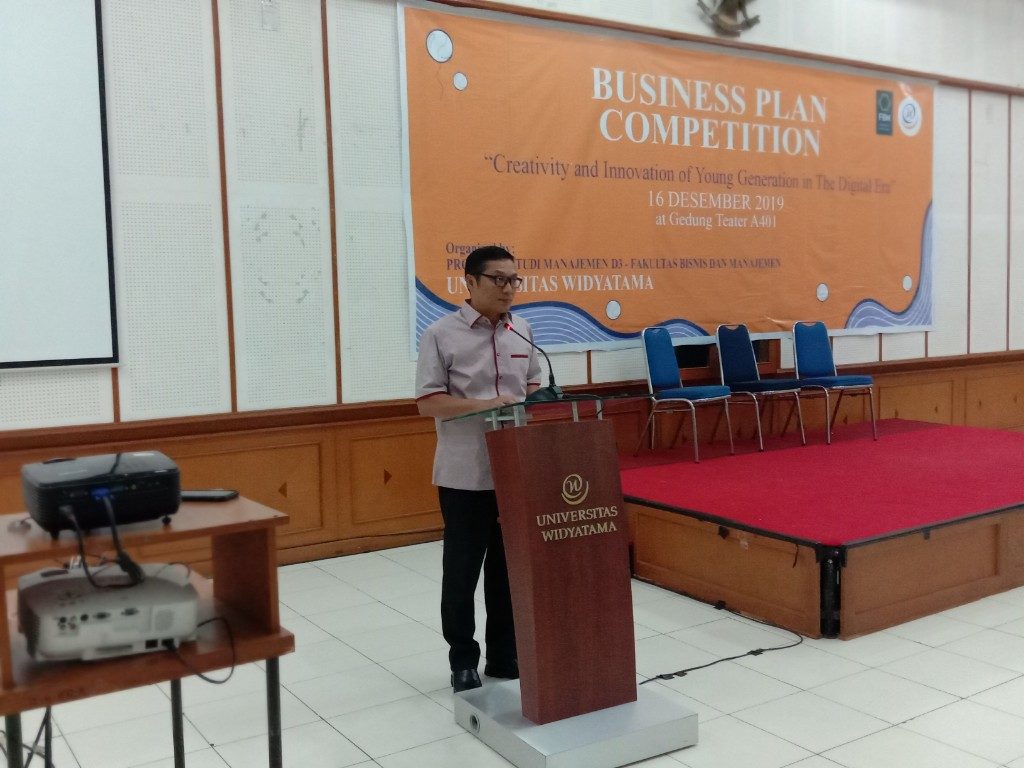 Annisa Lisdayanti, S.E., M.M., As the Head of Management diploma program of Widyatama University, said that the purpose of the activity was to become a form of character building for the young generation.

Especially high school students and vocational in order to be able to compete in a competition.

It was also as an addition to increasing creativity and innovation in creating a business idea.

Especially with the development of technology that makes it easier for people in all respects.

“Creativity and Innovation of Young Generation in The Digital Era”, was chosen as the theme of the event. It is expected that the participants of the Business Plan Competition will be able to create a business concept oriented to product development.

Especially products that might be used in this digital era. The event itself was supported by the Government of the City of Bandung (providing the Bandung Mayor Trophy) as well as scholarships from Widyatama University for the winners including millions of rupiah coaching money.

As for the judging, assessed directly by the Diploma program of Management Study Program, assisted by experts in the field of business, such as the KADIN Bandung, Bandung City Dispora, West Java Hipmi, and representatives of Entrepreneurship Lecturers who are active in various competitions and entrepreneurship training activities.

Furthermore, the existence of the Business Plan Competition activity is expected to be a motivation for young people to develop themselves, to become young entrepreneurs in the future.

At the event, there were eight teams (one team consisted of two or three members) who passed the semifinal and final rounds and SMAN 1 Cisarua, West Bandung Regency, succeeded in winning the first place with nature pot products.

While the second place winner was SMAN 10 Kota Bandung, with print-print lagi product; and third place won by SMAN 12 Kota Bandung with 10 snack products (snacks made from vegetables). 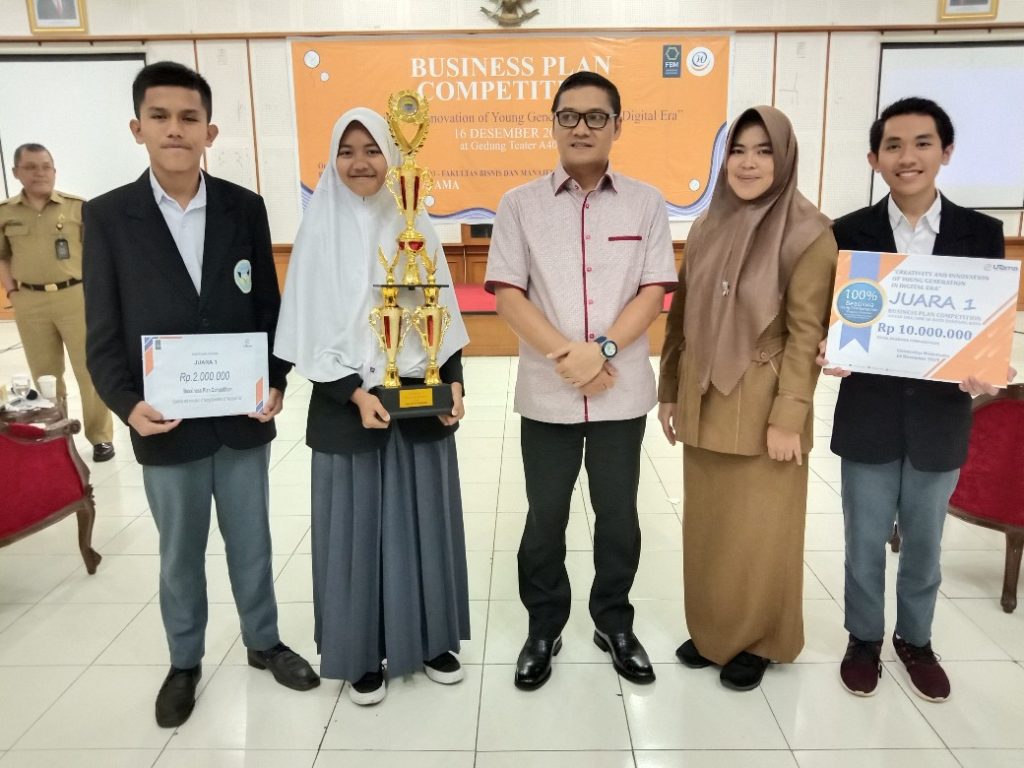 To the media crew, he said that his party was very supportive of the event which could give birth to startups in the country.

In addition, these activities are part of community service from the campus, according to the Tri Dharma College.

“Usually people who want to open a business have not thought of what capital was used to (funds), so it is often an excuse and an obstacle in starting a business. Whereas more than that, the main thing is to think of a business plan and a mature product, so that the business grows according to the plan, “said Prof. H. Obi, greeting the Rector Widyatama, Monday (12/16/2019) after closing the activity.

Furthermore, Prof. H. Obi, said that the Business Plan Competition held by his campus, had a goal that the Millennial generation would not only bother thinking about capital (funds) in starting a business, but began by preparing a business plan first. 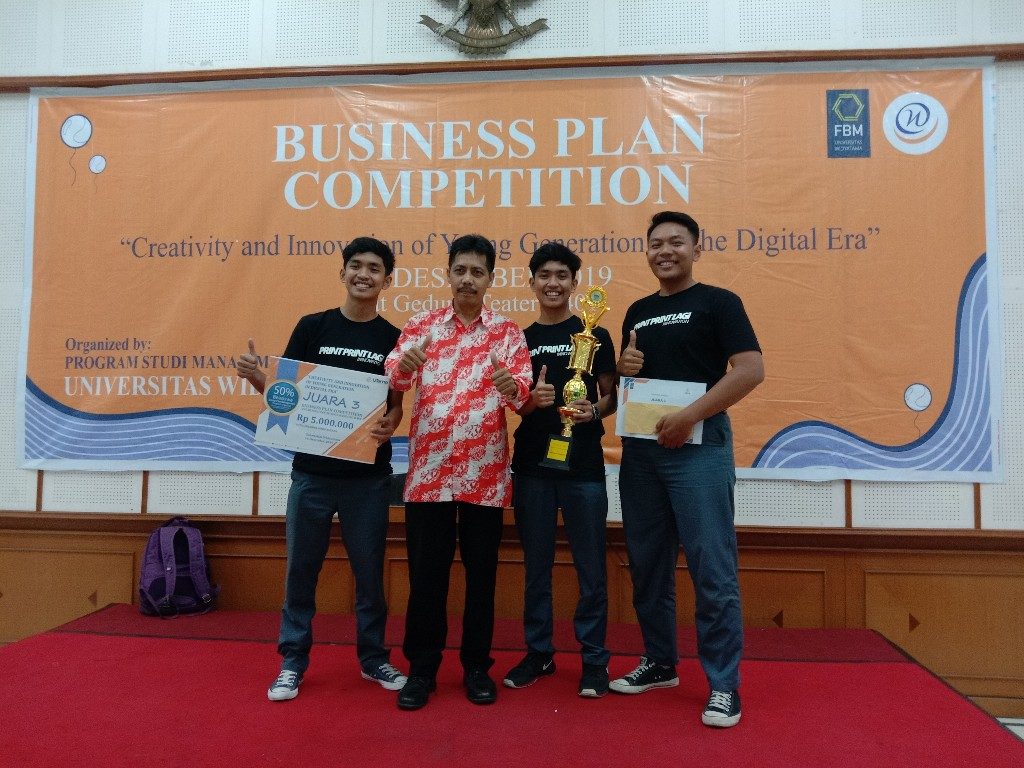 “So we make the competition. This is a proof that if it starts with a good and measurable business plan, it will produce good results, “said Prof. H. Obi.

“It turns out that if challenged, the participants can. The products are also good and the judges are considered to be excellent products, “he added.

When asked by majalahsora.com about the sustainability of the event in the following years, he firmly said that it would be held every year, and better packaged.

Meanwhile Siti, Aris and Dimas from the Cisarua KBB SMAN 1 team, who successfully won the first prize, said that they were very happy to have taken part in the event and emerged as champions. 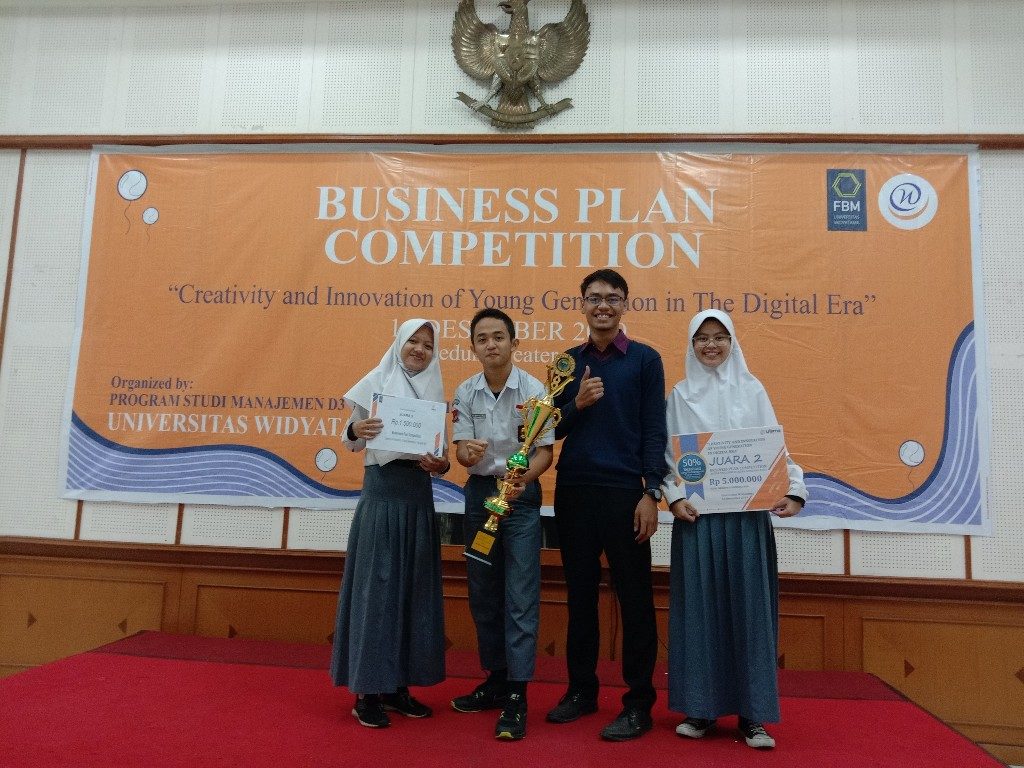 Before becoming champions, they presented a business plan for nature pot products.

The pot is an innovation product, made using mushroom bag-log waste because the school is in an agricultural area and many mushroom entrepreneurs.

“The initial stage of judging our proposal was selected. Then enter the interview stage directly. After that we present the product, displayed through a slide, “said Siti, Aris and Dimas.

According to their recognition, not only the product must be good, but also how to convey it.

“When viewed in terms of products, maybe our products are still inferior to other participants. But our strengths are using English in his presentation. We use English because we want to be different from other teams, “they said.

While the advantages of nature pot products are because they carry environmentally friendly programs.

Nature pot is used to grow horticultural crops, does not produce waste when it is no longer in use.

“Our products can be planted in the soil and will be destroyed into fertilizer, because the nature pot already contains fertilizer in it,” they concluded.