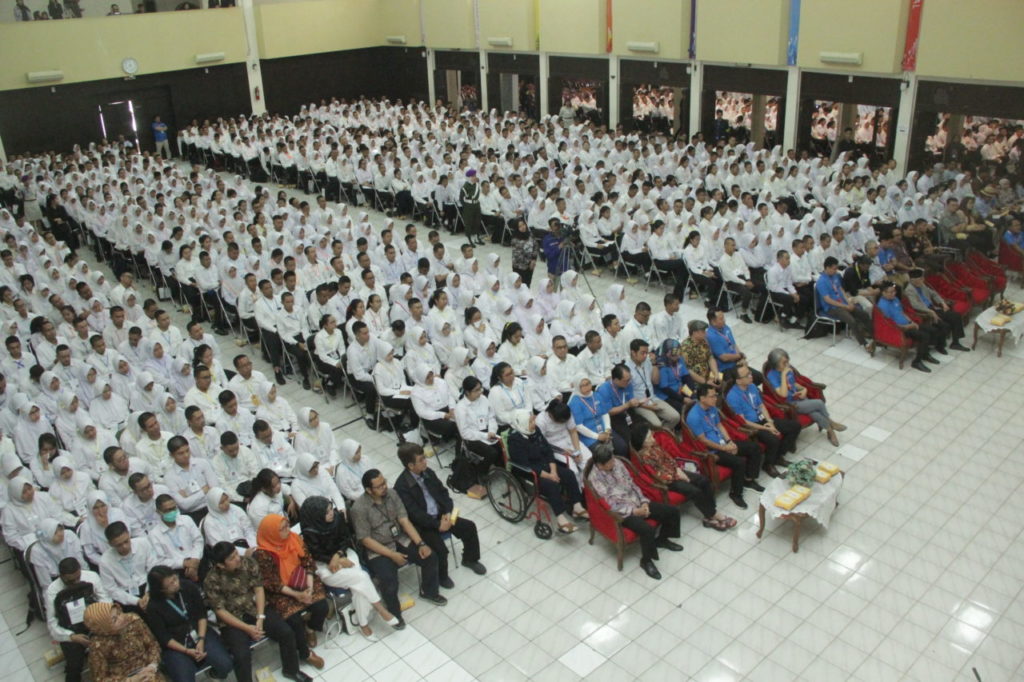 Every year, Widyatama University Academic Community warmly welcomes new students through a series of University Introduction Program (PPU) events. As in previous years, PPU 2019 at Widyatama University was not used as an occasion for bullying from senior students to juniors. PPU 2019 will be taking place from August 26, 2019 until September 7, 2019, which is centered in the Multipurpose Building (GSG UTama).

The 2019 PPU was officially opened by Widyatama University Rector Prof. Dr. H Obsatar Sinaga, S.IP., M.Sc on Tuesday (27/08/2019). He delivered on behalf of the Widyatama to welcome new students to a campus which for the next few years will be a place to gain knowledge. 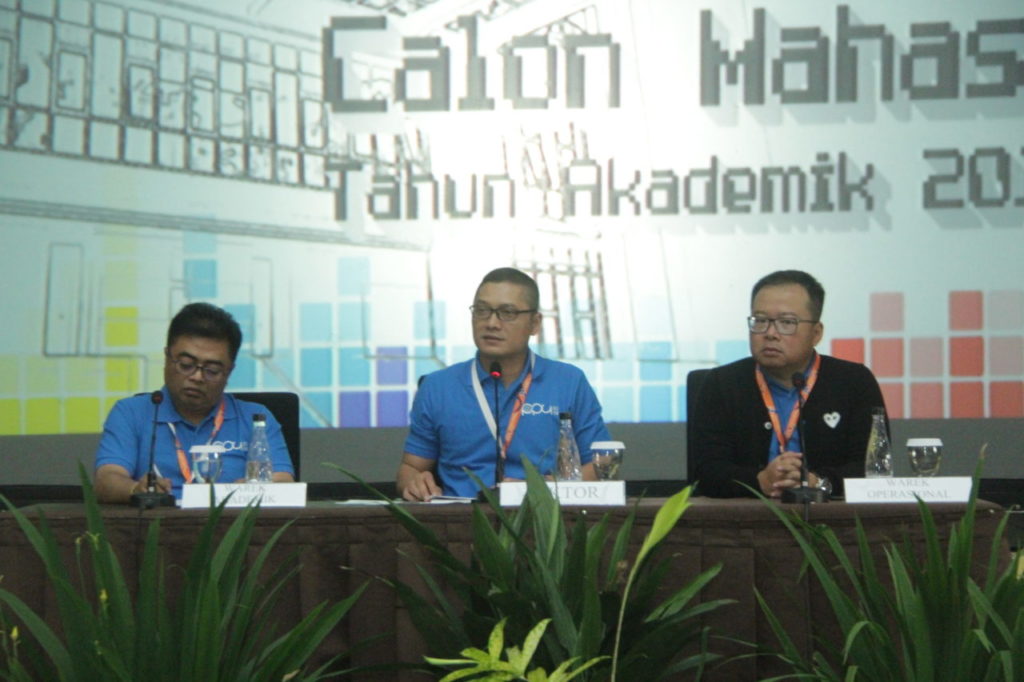 In his greeting, Prof. Obi also said that currently we were in a digital era where all activities were centered on our gadgets, without realizing that global society’s competition was very open, foreign workers were served in almost all lines of business. This was the “homework” of all tertiary institutions in Indonesia how to produce graduates who were adaptive to competition.

For this reason, Widyatama University invited Deputy Chancellor from Malaysia, Prof. Haizam Bin Mohd Saudi as Vice Chancellor for Academic, Planning and Cooperation and supported by Deputy Chancellor for Operations, HR and Finance Djoko S. Roespinoedji, S.E., PG. DIP. who graduated from a campus in London, England in order to bring Widyatama graduates to be able to face massive international competition, he said.

He further said that to obtain a national level certificate, currently Widyatama already had a Professional Certification Institute (LSP) so that students would receive a certificate after graduating from college.

New students should be proud because Widyatama University currently has gained achievements both at the University level and in various student competitions. Prof. Obi conveyed that in 2019 the achievements included Ristekdikti Ranking, Widyatama University was in the top 50 national private tertiary institutions. In terms of publication of international journals, Widyatama was ranked 1 Private university at Sinta Ristekdikti. Ranked 30th in Unirank and 30th National private university webometric. 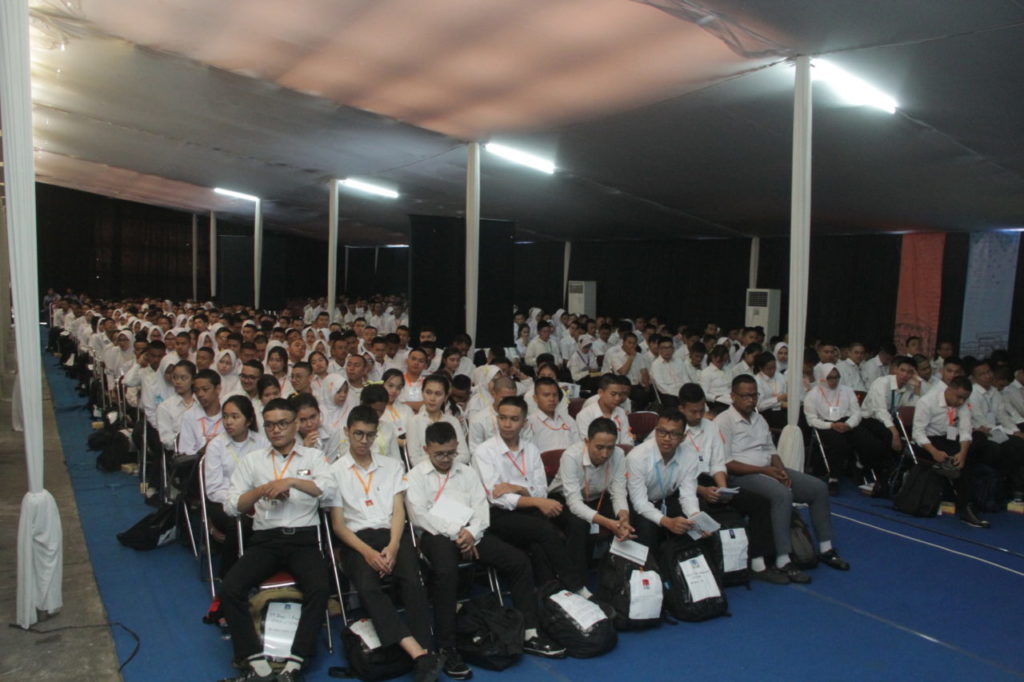 Meanwhile, Vice Chancellor for Academic, Planning and Cooperation Prof. Haizam conveyed that the glory did not come easily and automatically, but we had to pick them up. In the world of lectures required commitment and creativity. In order to compete well with graduates from other universities, we needed good communication skills.

Deputy Chancellor for Operations, HR and Finance, Djoko said that studying at Widyatama was required to focus on studying but it was also advisable to build a network that was very useful in the future. He added that there were currently 12,000 active students in Widyatama.

The opening ceremony of PPU in 2019 was enlivened by a special performance from Saung Angklung Udjo (SAU), which gave a slick performance by performing several local to international songs wrapped in angklung strains. SAU’s appearance was even more lively with thousands of new students who were invited to play angklung together. 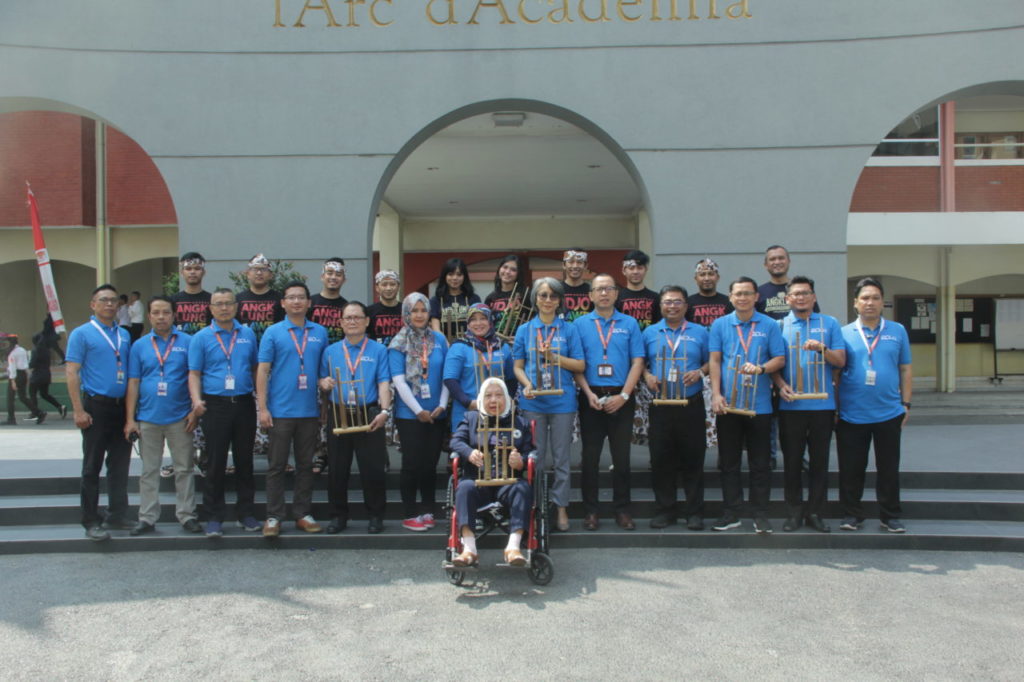