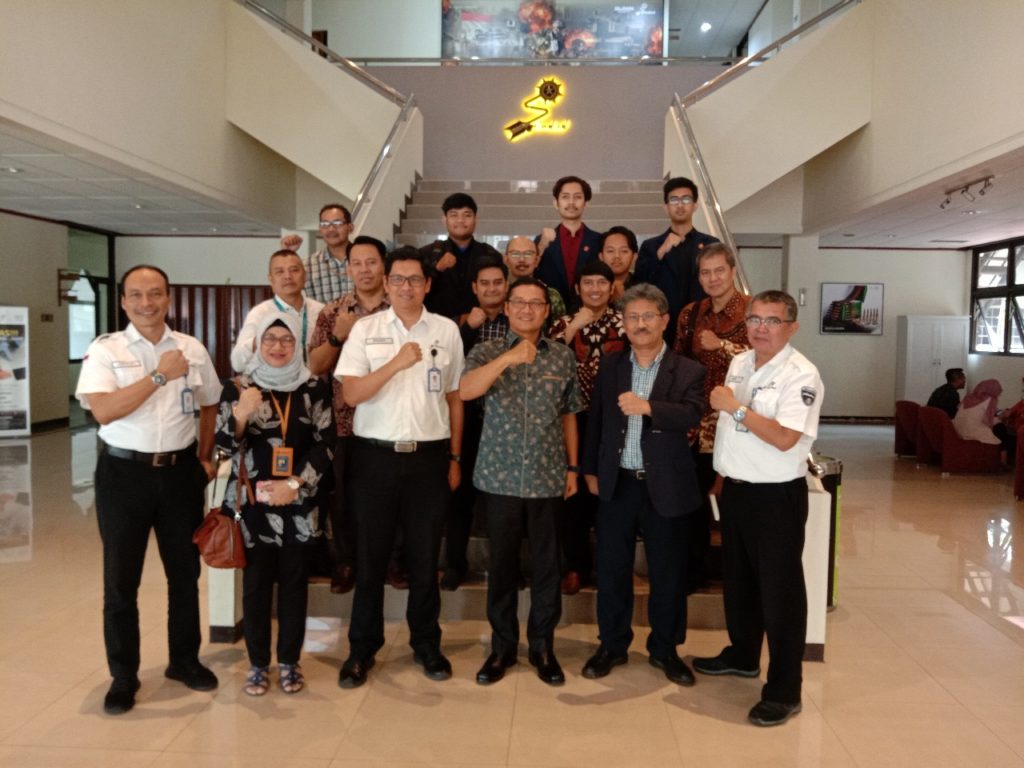 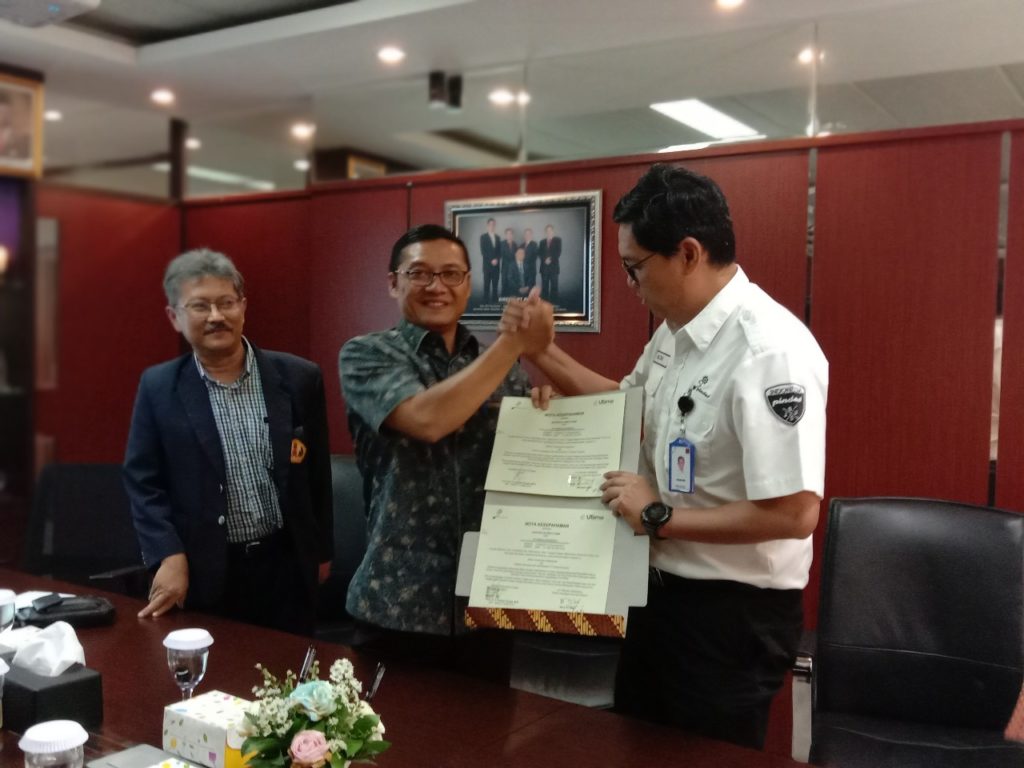 Dr. Arry Bainus, Vice Chancellor for Academic and Student Affairs at Padjadjaran University (Unpad) stated that in the future, Unpad will be prepared to be tailed by the Widyatama University in Bandung.

He explained that during the MoU between Unpad and PT. Pindad as well as the MoA between Widyatama University and PT. Pindad, in certified mentoring apprenticeship activities, for the students of the two campuses at the strategic defense equipment business BUMN.

Not necessarily he said that, because according to him Widyatama was currently advancing rapidly, making extraordinary breakthroughs in terms of implementing the academic system and improving its quality.

It is important to know Widyatama impose or improve the soft skills of the students, because every semester Widyatama students will receive a certificate (expertise) of assistance.

In addition, Widyatama will also apply the benchmark of graduating students by publishing their research results in international journals. So it’s not just a thesis.

“Next year (2020) we, as public higher institution, will be demanded by the Minister of Education and Culture to enter the rank of the top 500 world superior universities. But at the moment, Widyatama University is almost overtaking Unpad, we are ranked 8th Widyatama University occupying the 12th rank (rank of Dikti, Unirank),” said Arry Bainus, in the Pindad Board of Directors Building, Level 2, Thursday (12/18/2019).

He was also in line with Prof. H. Obsatar Sinaga who was present at the event, that recently, student are required to have superior soft skills, rather than just good in terms of academic grades (GPA). He also added that students must also be good at communicating.

On the same occasion, Prof. H. Obsatar Sinaga, Rector of Widyatama University was very honored with the praise from the Unpad Academic and Student Affairs Vice Rector Dr. Arry Bainus who is also his younger generation at Unpad.

He said that the campus continues to make inroads so that students master more soft skills than just academic values, especially to face global competition in the industrial and business world.

In front of the Director of Finance & Administration of PT. Pindad, Wildan Arief, S.E., Ak, MBA, CPMA., Dr. Arry Bainus, students and important staff from both campuses and PT. Pindad, he said that he would continue to provide supplies to his students, where in each semester they would be given certificates of assistance (soft skills) such as mastery of foreign languages, information technology, and others according to their faculties and study programs.

The Widyatama Campus continues to conduct MoUs and MoAs with various well-known SOEs and industries including PT. Pindad 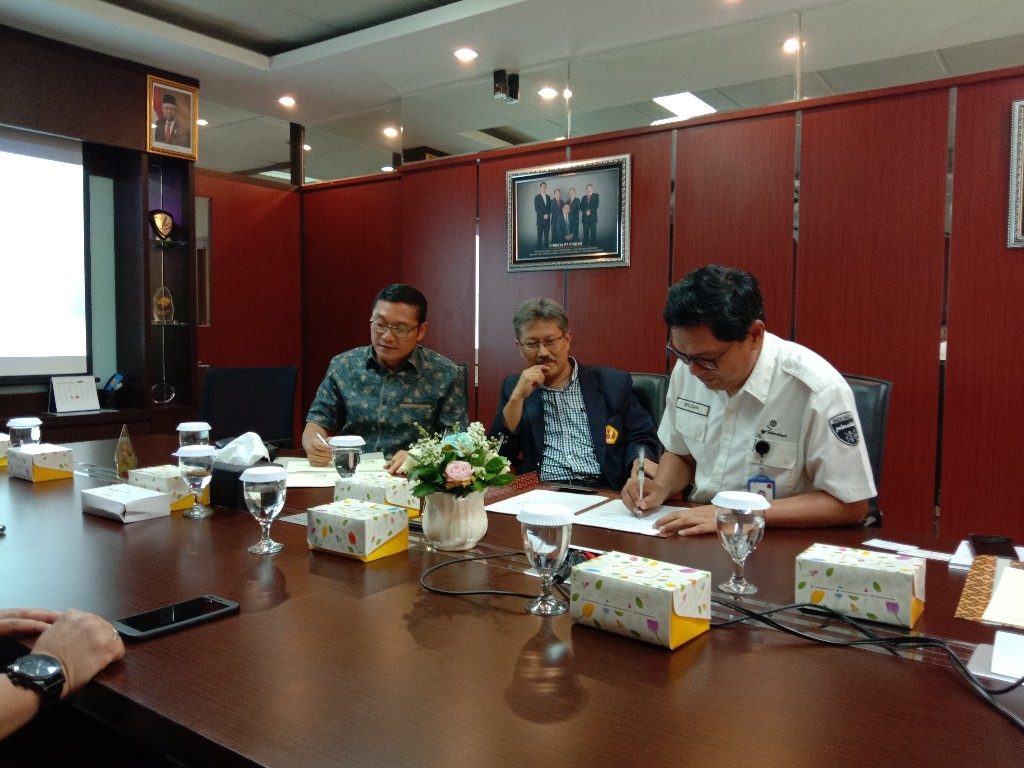 “I am very grateful to PT. Pindad which has given an opportunity to do an MoA with us (Widyatama), especially in a certified apprenticeship program. Hopefully our students will be honed with their soft skills and experiences, “said Prof. H. Obi, which succeeded in becoming the second world champion, writing an article, at the Pecipta event in Malaysia.

Furthermore Prof. H. Obi explained that the campus recently had a strategic partnership with Air Asia, one of the world’s leading airlines, in an effort to open an Aircraft Maintenance Study Program.

“In addition to being able to provide benefits for both institutions, our hope is to be able to eliminate the expectation gap between employers and prospective workers available in the labor market today,” he said.

Regarding the collaboration of Wildan Arief, told magazinessora.com that there were different things that would be obtained by students who took part in an internship at SOEs located on Jalan Terusan Gatot Subroto No. 517, Sukapura, Kec. Kiaracondong, Bandung City. 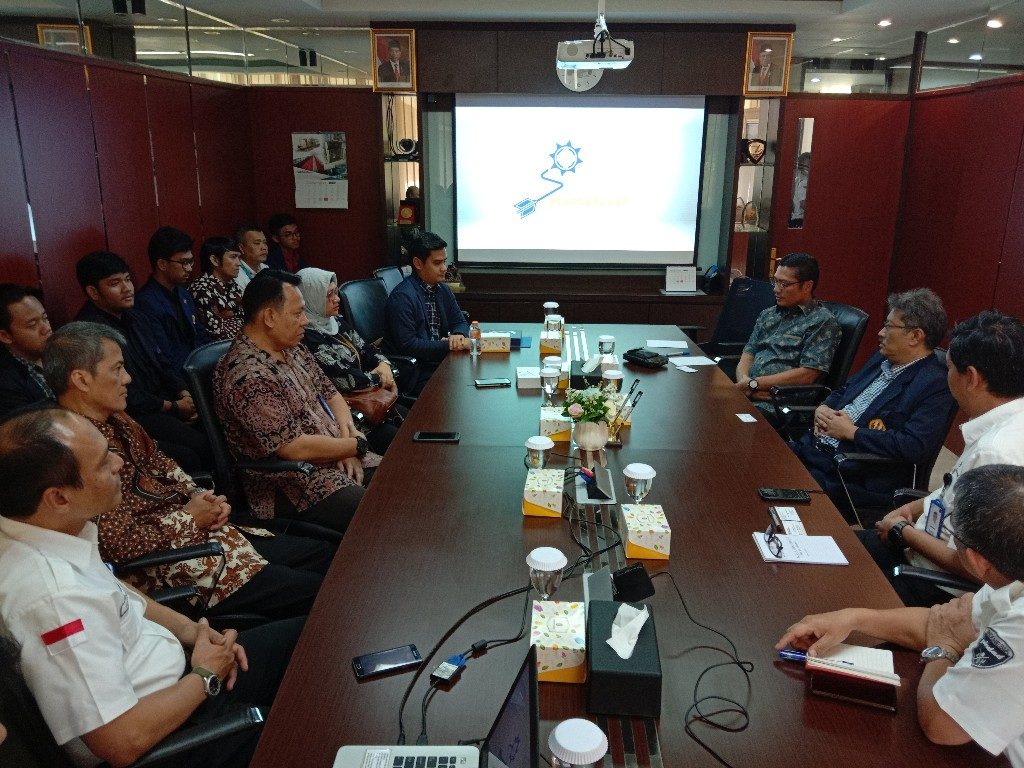 “Because our culture is different from other SOEs. PT. Pindad was formerly under the auspices of the Indonesian Army, so there was an application of the specific discipline of the TNI which we maintained. In terms of the way business is different, the approach is because it sells defense equipment, “Arief said.

He also explained that the certified apprenticeship program was part of the Ministry of Education and Culture.

“We ourselves already have cooperation with several universities, Widyatama and Unpad doing it today. With the existence of a certified internship program in the future the industrial world will get support from students who will enter the workforce, “he said.

This is an improvement program of the tertiary education system in Indonesia.

“During their internship, their soft skills will increase, because they will be directly involved in communicating with existing staff. Can learn about effective communication on how to know and follow work styles and other things at PT. Pindad, “he concluded.